The 2016 USA Masters Games is Voted as the World's Best New Event!

The award was presented on October 31, 2017 at the annual Awards Gala in conjunction with the TEAMS Conference in Orlando, Florida. The World’s Best Events Awards have been presented for 15 years by SportsTravel Magazine and are considered to be the Oscars of the sports tourism industry.

The inaugural USA Masters Games, which took place the last 11 days of July 2016, came out of the blocks strong with over 2,500 registered participants competing in more than 400 events in 24 sports at 19 venues. Athletes aged 21 to 91 hailed from 10 countries on 6 continents and 45 states. There were 11 World Records, 15 American Records, 6 Zone Records, and 47 State Records set. Athletes were treated to exciting Opening and Closing Ceremonies, the Games Village, social activities, and live entertainment.

Post-Games participant surveys were very positive with major encouragement to continue to regularly stage and grow the Games. Towards that end, the USAMG will now be held annually, with the next edition scheduled for the summer of 2017 in San Diego, California. Primary dates for the event will be Wednesday, July 12 to Sunday, July 16, 2017.

San Diego is a special place and will make a great host for the 2017 USA Masters Games. The city has the most sunny days of any U.S. metro area and is known internationally as a top destination city with attractions such as LEGOLAND, Sea World, Mission Bay, the Gaslamp District, Balboa Park, and the world-famous San Diego Zoo.

The USA Masters Games now has a proven track record as a major competitive and fun event. San Diego, with its extensive multi-sport experience -- both the Winter and Summer California State Games are permanently located there -- makes for an ideal setting for the Games' second edition. The high-powered and deeply-experienced Local Organizing Committee, led by the California State Games and supported by the San Diego Exploratory Foundation and the San Diego Tourism Authority, will take the Games to the next level in 2017.

Thank you for your involvement in, and support of, adult sports and the USA Masters Games. We look forward to seeing you in San Diego in 2017! 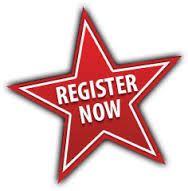 Get connected, stay up to date!

Like to stay up to date? Subscribe to our newsletter and be the first to hear about exciting offers!